The cloudhatch are visual manifestations of higher forms of consciousness. These vibrational beings are manifesting
their frequencies to the physical plane through curled lines and shapes, dividing the substrate in two or multiple dimensions.

Originally developed in 2015 as a technique to fill shadow areas, though the cloudhatch had plans of its own.
In 2020 the pattern found it's way to the background of my drawings and eventually demanded the full canvas for its self.

The line was cloud and became fire, the line became lightning, wood and water.

The line came alive and the frequency fully manifested into the physical plane.

View cloudhatch manifestations in the online gallery.
Frequencies of the cloudhatch have also infiltrated The Beginning

This product is no longer in stock

Five elements emerged from the void

The name suggested clouds. But Cloud got wild, ecstatic, energized and busted into lightning,
lightning struck wood and created fire, water extinguished fire and evaporated back to cloud.

And so the five elemental patterns of cloudhatch had emerged from the void.


The cloudhatch carries elements of nature and manifests in several styles like shown below;
hollow with a simple line, solid filled shapes, or double cloudhatched. 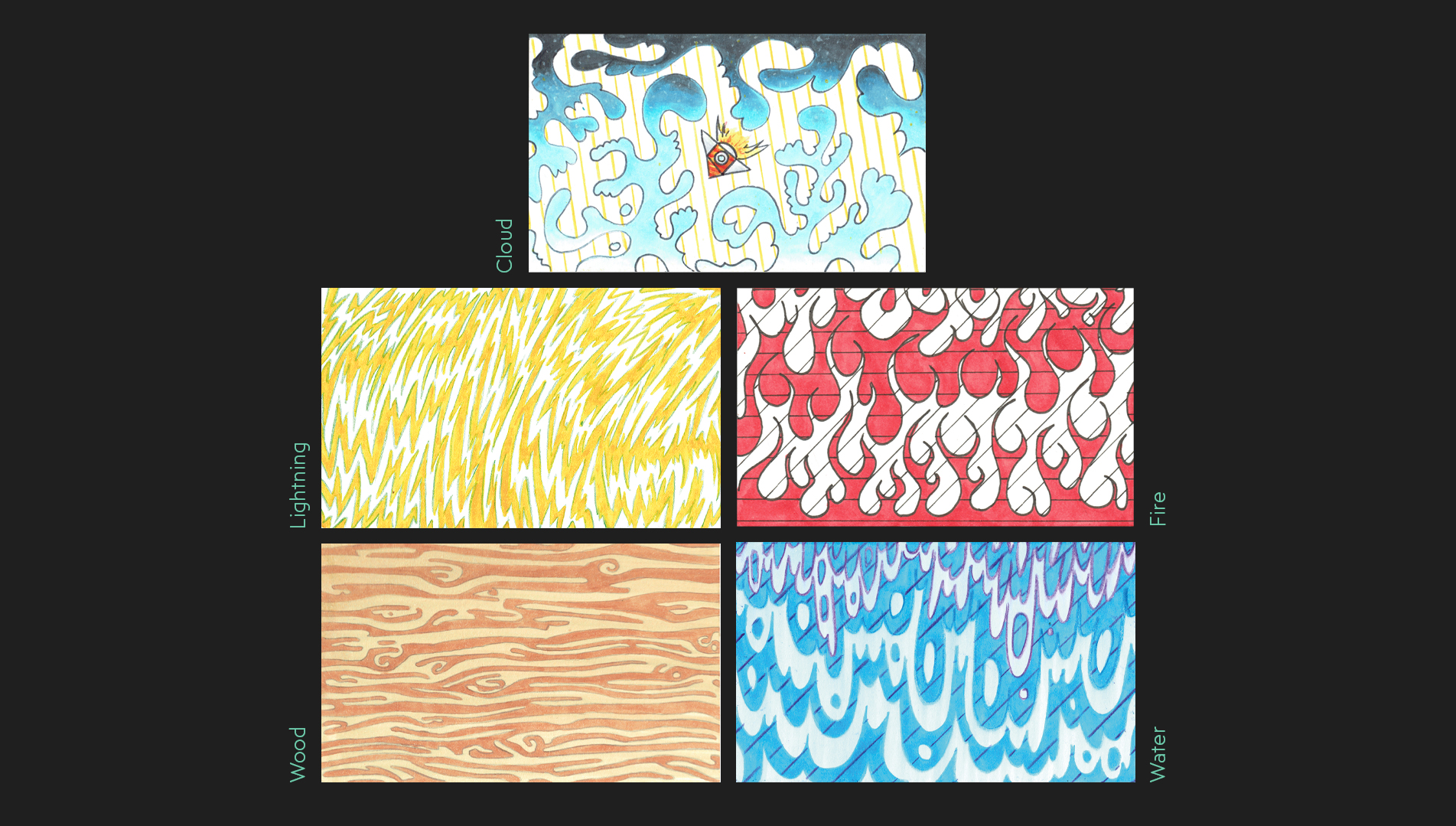 The origin and styles of these cloudhatch manifestations that have erupted through me and my
expressions have been captured in the book called Cloudhatching the #cloudhatch.

view in the shop